Spectacular energy savings, superior reliability and much faster response than conventional heater bands are some of the advantages offered by a newly developed induction heating system. The heating system uses electromagnetic induction – an old and well-known principle used to heat large industrial furnaces, special machines for injection moulding molten metal, thermoset molds, and some Japanese hot-runner nozzles. However, it is a relatively new concept for heating barrels of plastics extrusion and injection molding machines. The electromagnetic induction heating system, introduced by HLQ induction equipment Co from China turns the steel barrel itself into a resistance heater by generating electrical eddy currents in the metal near the outer surface of the barrel tube. Those eddy currents are induced by electrical current passing through a cable wrapped in a continuous coil around the barrel but not touching it. Although the initial cost is more than heater bands, induction heating reportedly pays for itself in several ways, and also at a faster pace, depending on machine size. Laboratory measurements indicate that the heating efficiency (relative to energy consumed) of typical mica band heaters at 200-300 degree C processing range (common in injection moulding) is likely to be only 40-60%, while that of a ceramic band heater may be 10-15% higher. The remaining energy is wasted by radiation and convection to the surrounding environment. What’s more, a new mica band loses about 10% of its initial efficiency after the first 6 hours of use because it darkens, raising its surface emissivity and consequent radiation losses. At higher barrel temperatures for engineering resins, efficiency drops even more.
In contrast, HLQ measures induction heating efficiency at about 95%. Radiation losses are minimized by the insulating sleeves, which rise to a temperature of around 60-70 degree C during operation. The low-resistance induction coils remain cool enough to touch. 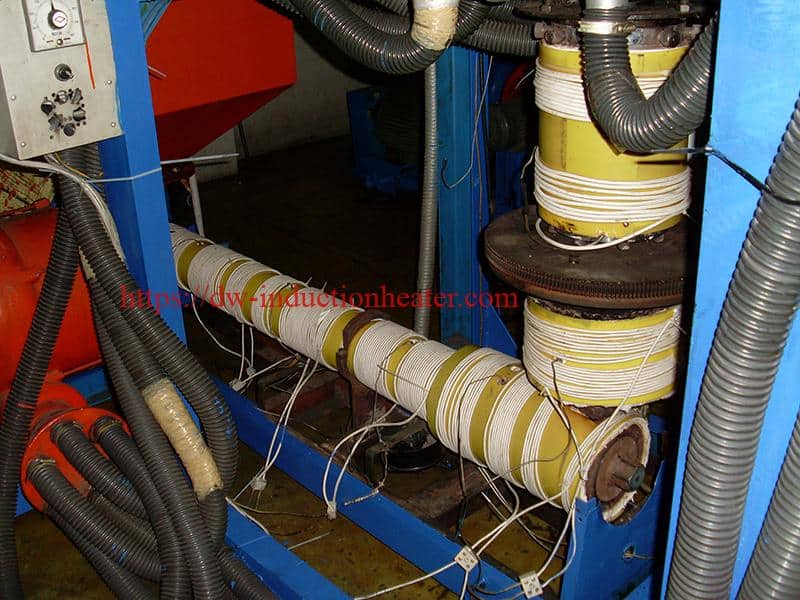 Where can induction heating barrel?

It is mainly applied to injection, extrusion; blow filming, wire drawing, granulating and recycling machines, etc. The product application includes film, sheet, profile, raw material etc. It can be used for heating the barrel, flange, die head, screw and other parts of the machines. It is excellent in energy-saving and cooling down work environment.

Induction heating is the process of heating an electrically conducting object (usually a metal) by electromagnetic induction, where eddy currents are generated within the metal and resistance leads to Joule heating of the metal. The induction coil itself does not get heated. The heat generating object is the heated object itself. Why and how induction heating barrel can save energy?

Presently,most of the plastic machines are using the conventional resistance heating method, where the resistance wire is heated up and then transfer the heat to the barrel via heater cover.So only the heat close to the barrel surface can be transferred to the barrel and the heat close to outside heater cover is lost to the air which causes a rise in environment temperature.
Induction heater is technology where high frequency magnetic fields which cause he be heated up bu electro-magnetic field(EMF)that are brushing against each other.When the barrel is heated up and heat is minimum,there is very high heat efficiency and minimum heat loss to the environment where energy saving could reach30-80%.Due to the fact that the induction coil is not producing any high heat and also there is no resistance wire that gets oxidized and causes the heater to burn out, the induction heater has a longer service life and also less maintenance. 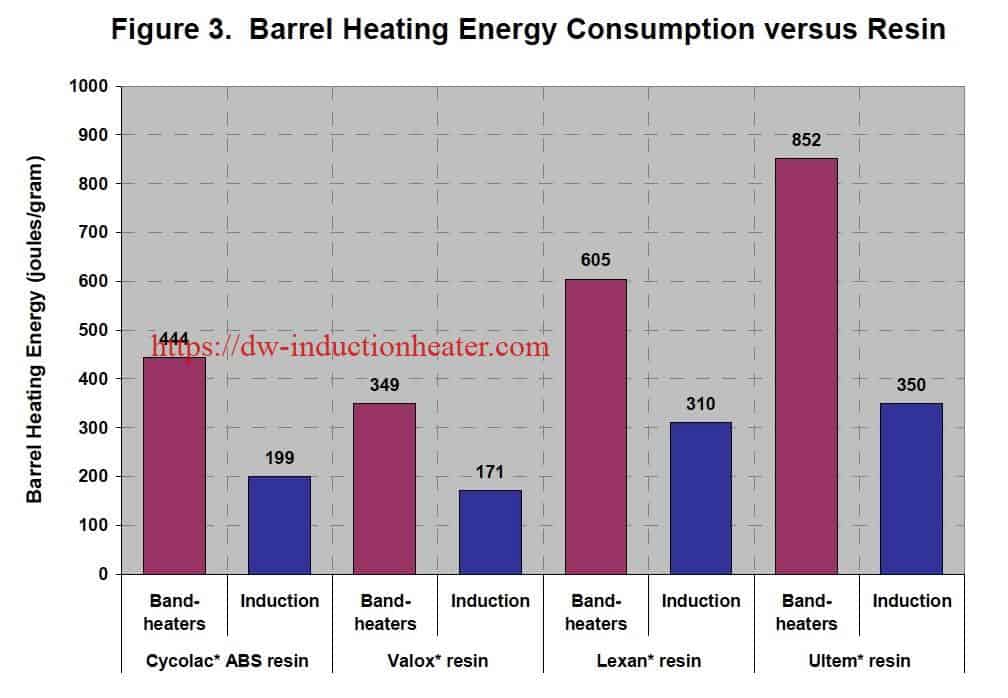 What are the advantages of induction heating barrel? What is the superiority of induction heating barrel for plastic extrusion compared with traditional heaters?

In the case of knowing the heating power of existing heating system, selecting an appropriate power according to load rate

When the heating power of existing heating system is unknown