All IH (induction heating) applied systems are developed using electromagnetic induction which was first discovered by Michael Faraday in 1831. Electromagnetic induction heating refers to the phenom- enon by which electric current is generated in a closed circuit by the fluctuation of current in another circuit placed next to it. The basic principle of induction heating, which is an applied form of Faraday’s discovery, is the fact that AC current flowing through a circuit affects the magnetic movement of a secondary circuit located near it. The fluctuation of current inside the primary circuit provided the answer as to how the mysterious current is generated in the neighboring secondary circuit. Faraday’s discovery led to the development of electric motors, generators, transformers, and wireless communications devices. Its application, however, has not been flawless. Heat loss, which occurs during the induction heating process, was a major headache undermining the overall functionality of a system. Researchers sought to minimize heat loss by laminating the magnetic frames placed inside the motor or transformer. Faraday’s Law was followed by a series of more advanced discoveries such as Lentz’s Law. This law explains the fact that inductive current flows inverse to the direction of changes in induction magnetic movement.

Heat loss, occurring in the process of electromagnetic induction, could be turned into productive heat energy in an electric induction heating system by applying this law. Many industries have benefited from this new breakthrough by implementing induction heating for furnacing, induction quenching, and weld- ing. In these applications, induction heating has made it easier to set the heating parameters with- out the need of an additional external power source. This substantially reduces heat loss while maintaining a more convenient working environment. Absence of any physical contact to heating devices precludes unpleasant electrical accidents. High energy density is achieved by generating sufficient heat energy within a relatively short period of time…… 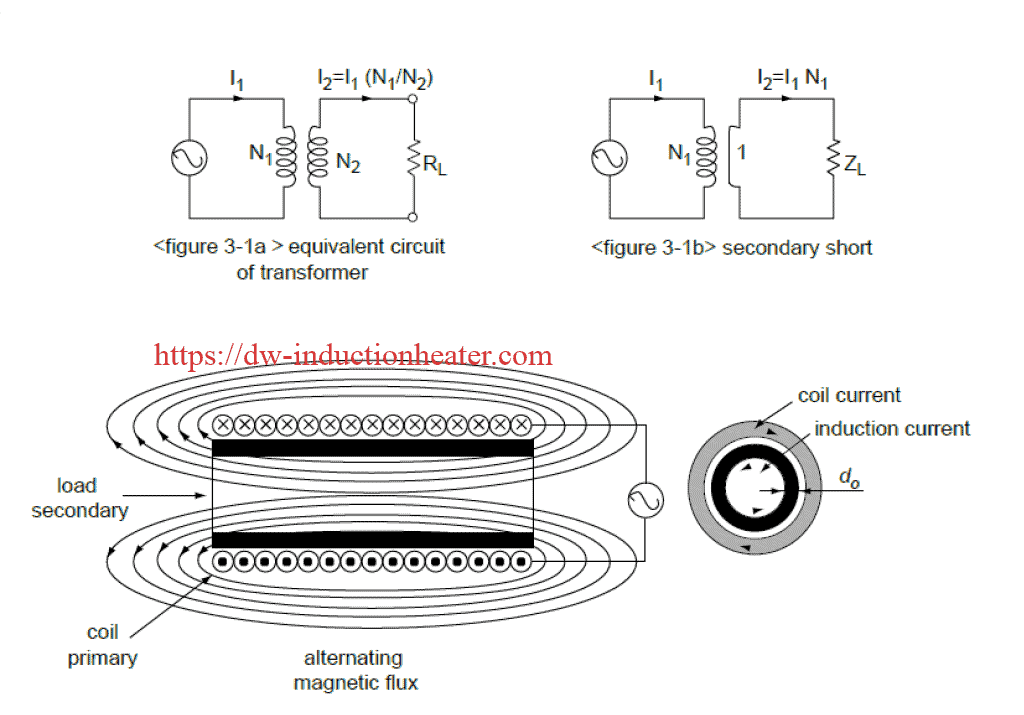