Induction heating takes place in an electrically conducting object (not necessarily magnetic steel) when the object is placed in a varying magnetic field. Induction heating is due to the hysteresis and eddy-current losses. 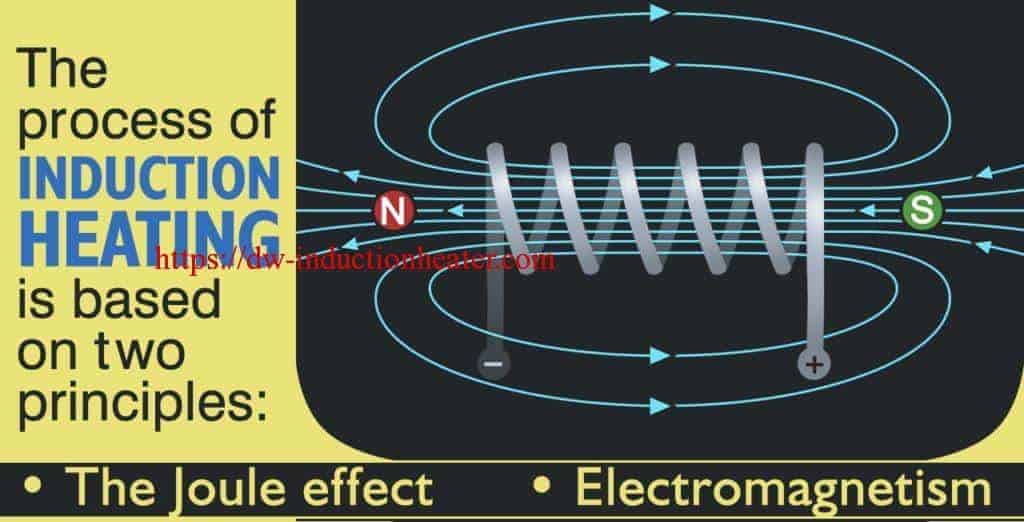 Induction heating is the process of heating an electrically conducting object (usually a metal) by electromagnetic induction, through heat generated in the object by eddy currents. An induction heater consists of an electromagnet and an electronic oscillator that passes a high-frequency alternating current (AC) through the electromagnet. The rapidly alternating magnetic field penetrates the object, generating electric currents inside the conductor, called eddy currents. The eddy currents flowing through the resistance of the material heat it by Joule heating. In ferromagnetic (and ferrimagnetic) materials like iron, heat may also be generated by magnetic hysteresis losses. The frequency of current used depends on the object size, material type, coupling (between the work coil and the object to be heated) and the penetration depth.

Hysteresis losses only occur in magnetic materials such as steel, nickel, and very few others. Hysteresis loss states that this is caused by friction between molecules when the material is magnetized first in one direction, and then in the other. The molecules may be regarded as small magnets which turn around with each reversal of direction of the magnetic field. Work (energy) is required to turn them around. The energy converts into heat. The rate of expenditure of energy (power) increases with an increased rate of reversal (frequency).

Eddy-current losses occur in any conducting material in a varying magnetic field. This causes heading, even if the materials do not have any of the magnetic properties usually associated with iron and steel. Examples are copper, brass, aluminum, zirconium, nonmagnetic stainless steel, and uranium. Eddy currents are electric currents inducted by transformer action in the material. As their name implies, they appear to flow around in swirls on eddies within a solid mass of material. Eddy-current losses are much more important than hysteresis losses in induction heating. Note that induction heating is applied to nonmagnetic materials, where no hysteresis losses occur. 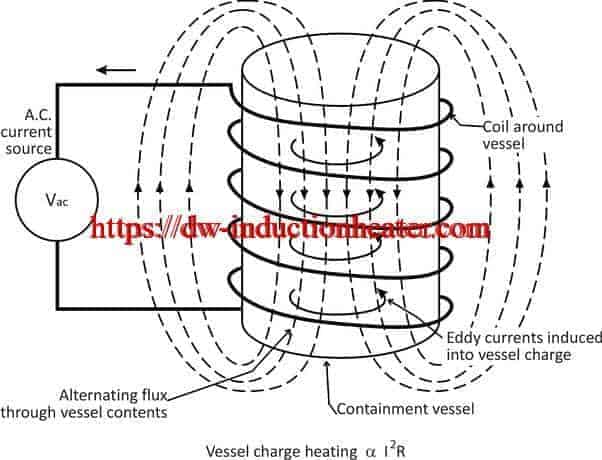 For the heating of steel for hardening, forging, melting, or any other purposes which require a temperature above Curie temperature, we cannot depend upon hysteresis. Steel loses its magnetic properties above this temperature. When steel is heated below the Curie point, the contribution of hysteresis is usually so small that it can be ignored. For all practical purposes, the I2R of the eddy currents is the only way in which electrical energy can be turned into heat for induction heating purposes.